INDIANAPOLIS, Ind. – Mike McVetta took the lead on lap six of the 30-lap Midwest Supermodified Series portion of the Indy Summer Nationals on Saturday night at Lucas Oil Raceway just outside Indianapolis, Indiana and went on to a convincing victory.  McVetta, who brought two cars to the track (his teammate Danny Shirey finished fifth) and set a new Midwest Supermodified Series one-lap record with an 18.289 second lap in qualifying, earned $3500 for the victory.

Lisiecki jumped off his outside pole starting spot to grab the early lead over nine-time Oswego Speedway champion Otto Sitterly while behind them McVetta made a bold three-wide move in turns one and two to move himself up into the top five right away.

An early yellow was called on lap three for a smoking Larry Lehnert in his No. 92 on the back straightaway.  Lehnert went pitside in turn three but a red flag was needed to clean up some fluid from his machine.

On the restart, Sitterly slowed, losing three spots as Trent Stephens, Danny Shirey and McVetta went by him.  In fact, McVetta went by ALL of them to take over second before the fourth lap had been completed!  Sitterly went to the pits and out of the action.

It took just one more lap for McVetta to dive under Lisiecki and take over the top spot.  It was an impressive five-lap drive to say the least as the Ohio racer was clearly the fastest car on the ¾-mile oval.

As McVetta drove away, the car everyone was watching was the Jeff West owned No. 1, driven by Bobby Santos III.  Santos was fastest in Friday night practice and was expected to contend for victory on Saturday night.  Santos entered the top five for the first time on lap 11 when he passed Talon Stephens and he set sail after Shirey and Trent Stephens.  He passed Shirey for fourth one lap later and set sail after third-place Stephens in the orange No. 19, who was nearly a straightaway ahead of him as the race neared halfway.

McVetta was unstoppable out front, and Lisiecki seemed to start slowing as the race neared the 20-lap mark.  Trent Stephens powered around him coming out of turn two on that lap and Santos started pressuring him as well.  That battle between Lisiecki and Santos for third place was absolutely the most exciting part of the race as they were side by side for much of the next five laps before Santos finally got by him on the bottom and immediately began to drive away.

If Santos had the speed to run for the win, the racing Gods weren’t going to make it possible as the last five laps ran off without a caution to close the field and McVetta was almost a half-track ahead of Trent Stephens when the checkered flag flew.

Stephens finished second, Santos crossed the line a strong third while Lisiecki and Shirey rounded out the top five.  Rich Reid, Talen Stephens, Jim Paller, Cord Ehrhart, Otto Sitterly and Larry Lehnert rounded out the feature field.  Dave Shullick, Jr. in the ACME Racing No. 49 had oil pressure issues in his heat event and was unable to start the main.  Nick Capelli in the No. 86 threw a drive shaft on the last lap of his heat and he too was unable to start.  On Friday night, Kyle Edwards in the No. 11 blew the motor, spun, and got a piece of the wall in turn three.  He did not return for Saturday.

After the event, McVetta was all smiles. “There’s something about this car at this racetrack that just clicks. I’ve been here three times and it just goes wherever I point it. I am just the monkey behind the wheel.  I cannot thank my team enough.  We had a little squabble with another car in the heat after a caution came out. I guess we got slowed up a little bit before he did.  The car’s still bent up, but it still ran well in the feature.   With how the tires were, I knew if I was going to get out front, I was going to have to do it early.  This win means so much.  Thanks to my team, my sponsors and to everyone who worked so hard to put this show together.  It was a great night.”

The next event for the Midwest Supermodified Series is scheduled to be at Sandusky Speedway in Sandusky, Ohio on Saturday, July 4. 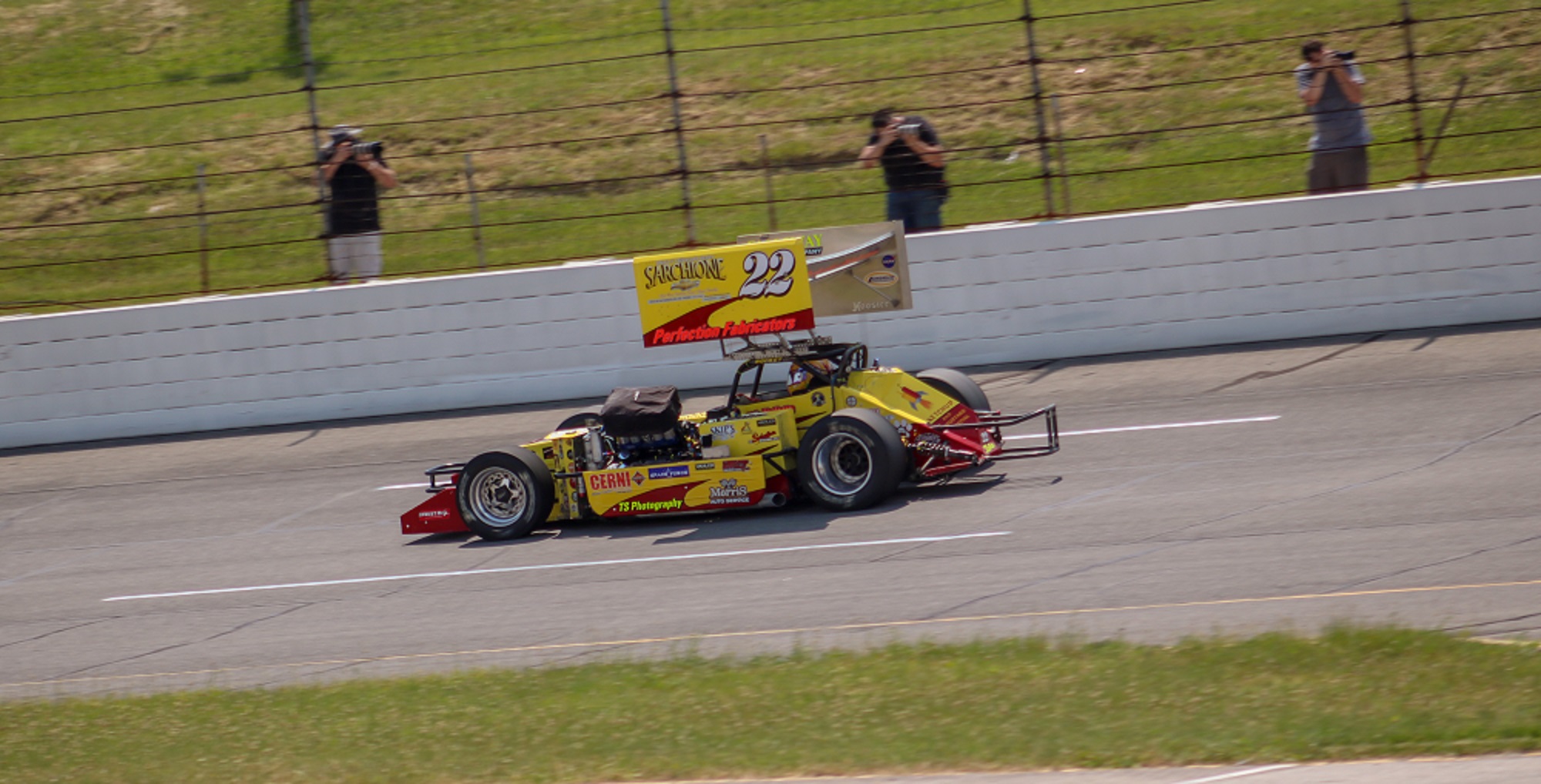