NASCAR and iRacing announced today the formation of the eNASCAR iRacing Pro Invitational Series, an exhibition esports series featuring many of the sports most talented and popular drivers. The simulation-style showcase will include a cross-section of competitors from the NASCAR Cup Series™, NASCAR Xfinity Series™, NASCAR Gander RV & Outdoors Truck Series™ and a group of NASCAR dignitaries.

The multi-week series will kick off Sunday, March 22 at 1:30 p.m. ET on the virtual Homestead-Miami Speedway. The remaining race and broadcast details will be announced at a later date.

“Until we have cars back on track, the entire NASCAR community has aligned to provide our passionate fans with a unique, fun and competitive experience on race day,” said Ben Kennedy, vice president, racing development, NASCAR. “Our long-time partners at iRacing offer an incredible product and we are excited to see how many of our best drivers will stack up in the virtual domain of competitive racing.”

NASCAR postponed events through May 3, prioritizing the health and safety of fans, the industry and race communities. The eNASCAR iRacing Pro Invitational Series will provide much needed racing entertainment for sports fans on the premier motorsports racing simulation platform, often used by NASCAR drivers to prepare for race events.

The exhibition series will feature some of the best NASCAR drivers including:

NASCAR and iRacing have an unprecedented history in the esports space, currently in the 11th season of the longest-running officially sanctioned esports racing series, the eNASCAR Coca-Cola iRacing Series™. The eNASCAR Coca-Cola iRacing Series features 40 of the best sim racers in the world competing for more than $300,000, one of the richest payouts in esports racing competition. The elite series features NASCAR and professional esports teams, including those established by NASCAR Cup Series drivers William Byron, Denny Hamlin and Austin Dillon. 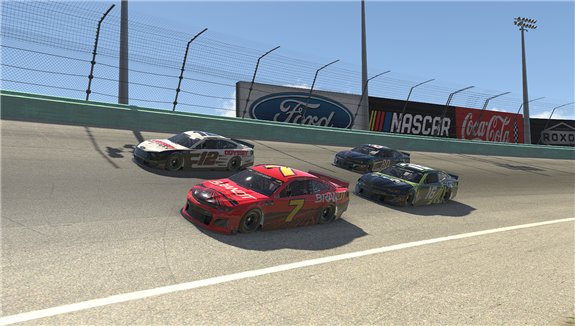