Along with the NASCAR Whelen Modified Tour on Thursday, April 8, 2021, Martinsville will host a NASCAR Xfinity Series race on Friday, April 9, 2021 and the Blue-Emu Maximum Pain Relief 500 NASCAR Cup Series race on Saturday, April 10, 2021. All three races will be held under the bright lights at the iconic half-mile short track.

2021 NASCAR race tickets are available for purchase today via phone at 877-RACE-TIX or online at martinsvillespeedway.com.

The Whelen Modified Tour will make its first trip to Richmond since 2002, and will be part of the historic celebration of America’s Premier Short Track’s 75th anniversary.

Richmond first hosted a modified race in NASCAR’s inaugural season on May 16, 1948. The race was the first NASCAR sanctioned race in the Commonwealth of Virginia. Richmond hosted the modern-day NASCAR Whelen Modified Tour from 1990-1993, 1997 and 1999-2002. Mike Stefanik, elected to the 2021 class of the NASCAR Hall of Fame and one of the Modified Tour’s 10 greatest drivers of all-time, holds the modern-day record with three wins at Richmond.

Richmond’s fall race weekend will include three races over two days starting with the Modified Tour under the lights on Friday, Sept. 10. America’s Premier Short Track will host a day-night doubleheader with the NASCAR Xfinity Series race and a NASCAR Cup Series Playoff race on Saturday, Sept. 11.

2021 NASCAR race tickets are available for purchase via phone at 866-455-7223 or online at richmondraceway.com.

The schedule for the complete 2021 NASCAR Whelen Modified Tour will be announced in the near future. 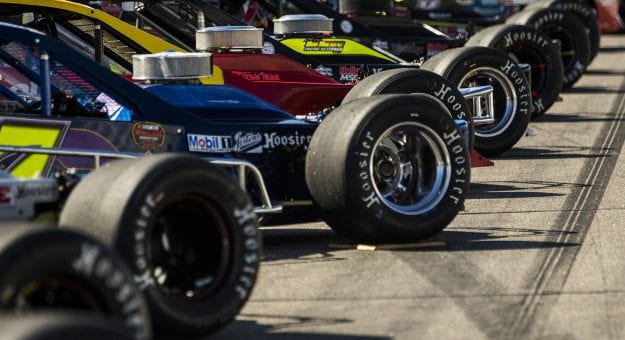